Joe Biden Continues To Struggle Through Rally Despite Using Teleprompter

Democratic presidential candidate Joe Biden continued to struggle campaigning in Kansas City, Missouri, on Saturday, further drawing criticisms from those who believe that his fitness for office is an issue.

You want a nominee that will bring this party together, who will run a progressive, positive campaign, and turn this primary from a campaign that’s about negative attacks into one about what we’re for because we cannot re-elect, we cannot win this re-election, excuse me, we can only re-elect Donald Trump if, in fact, we get engaged in this circular firing squad here.\ 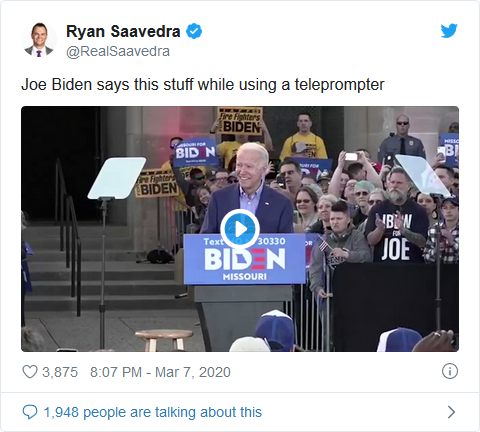