Census: China Sending More Immigrants To U.S. Than Any Other Country

No one country has sent more of its nationals to the United States over the last decade than China, newly released Census Bureau data reveals.

Between 2018 and 2019, China replaced Mexico as the largest sending country of foreign-born immigrants to the U.S. over the last decade. In 2006, more Mexican nationals arrived in the U.S. than Chinese, Indians, and Canadians combined. 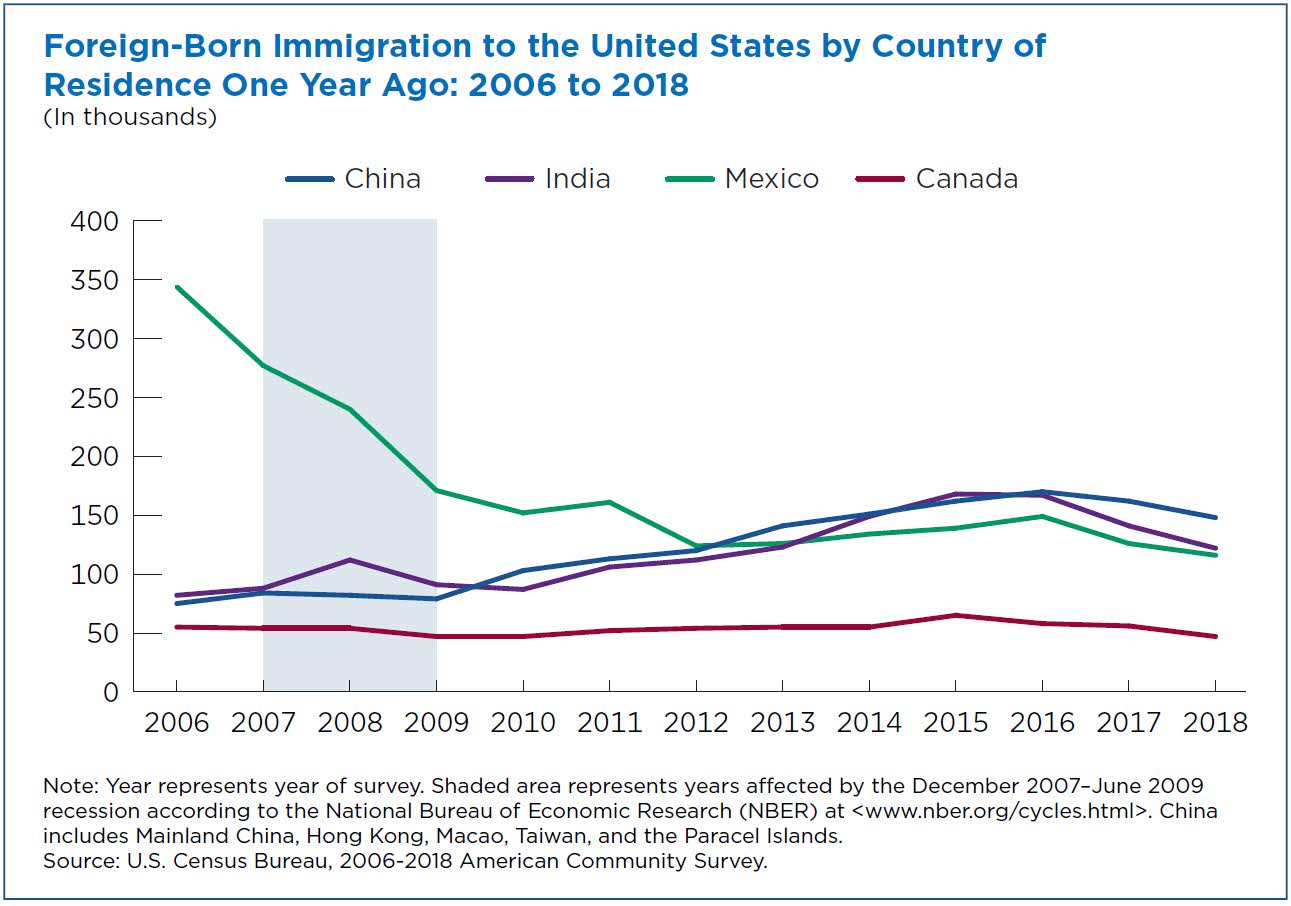 India, too, has sent more foreign-born immigrants to the U.S. than Mexico since 2010 — a pattern of legal immigration that has shifted the wage and job burden from America’s blue-collar workers to the white-collar workforce.

Every year, about 1.2 million legal immigrants are admitted to the country, the majority of which immediately begin competing for U.S. jobs against America’s working and middle class. Specifically, legal immigration from China and India has helped shift entire regions and industries in the U.S.

Take, for instance, that Chinese immigration has surpassed Mexican immigration in the state of California as of 2015. In Silicon Valley, California, foreign-born immigrants mostly from India now outnumber native-born Americans in the region’s tech industry.

The slowing of legal immigration from Mexico, a low-wage economy, and increases in Chinese and Indian immigration have helped delivered wage hikes to America’s working-class while white-collar American professionals continue to see their wages stagnate.

While blue-collar wages rose by about 4.3 percent last year thanks to a tightened labor market, according to Goldman Sachs, white-collar wages increased at a slower pace at 3.2 percent.